Moving on from previous 2D illustrations, this time it was our task to make something 3D! I have for a long time been wanting to make a clay figurine and I was very excited when we first got this task, as this is something I have wanted to do for ages. The brief was to make anything 3D and photograph it so it looks like a poster for a movie, and making something different based off key locations, people, themes and mood. I picked the movie The Day the Earth Stood Still out of an envelope. I was very distraught being assigned a sci-fi movie as I have never enjoyed them and the excitement I had prior vanished. I did however surprisingly kind of enjoy the movie. My first ideas were something editorial and was my own interpretation of what actually happened in the movie, but after some feedback I changed it to draw more inspirations from the over the top doomsday posters for the movie. It features Klaatu the alien, towering above the distraught people running away in the foreground, with a fitting space and flying spaceship flat background.

The most fun I had during this project was during our workshop where we all sat around a table and experimented with some clay, making some very distinct people. Below you can see my horrifying rendition of Joan Rivers, and just for fun I made my own lady as well. 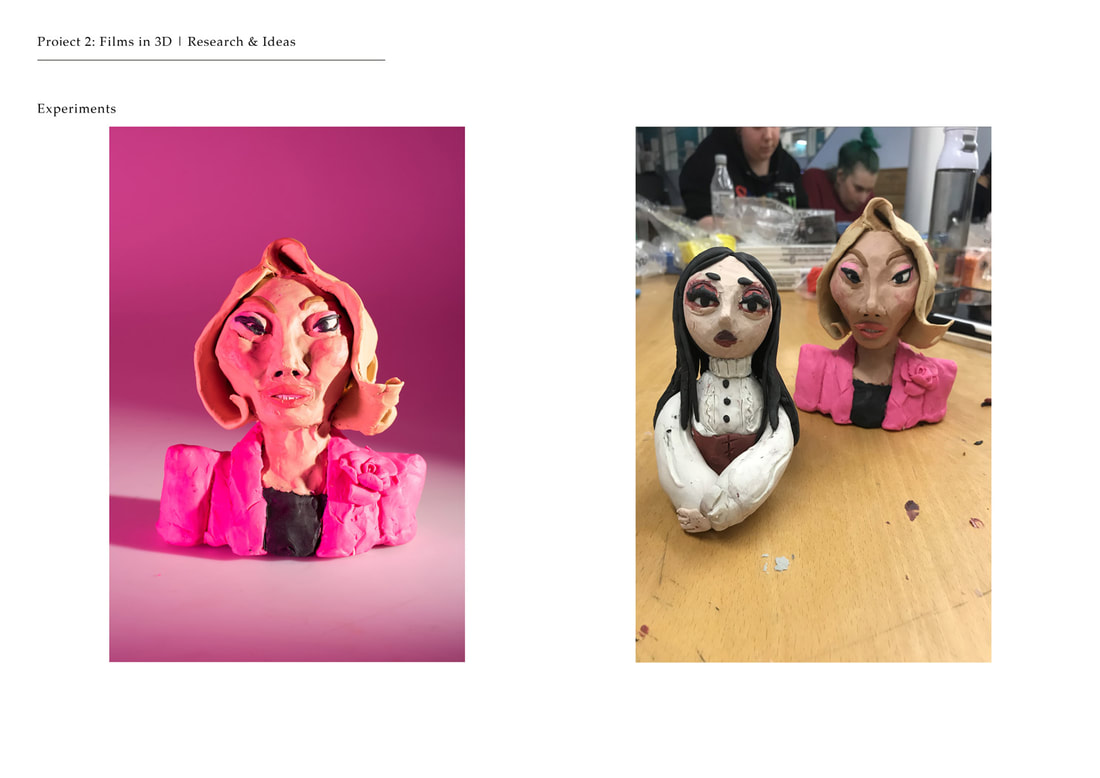 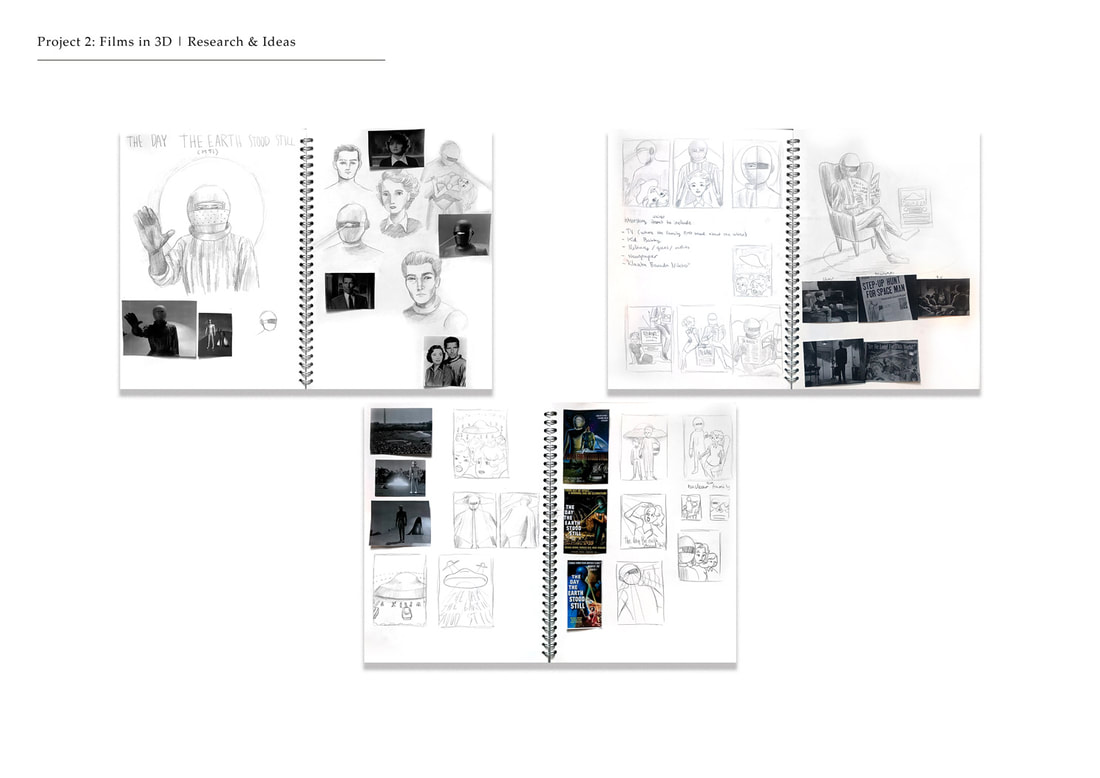 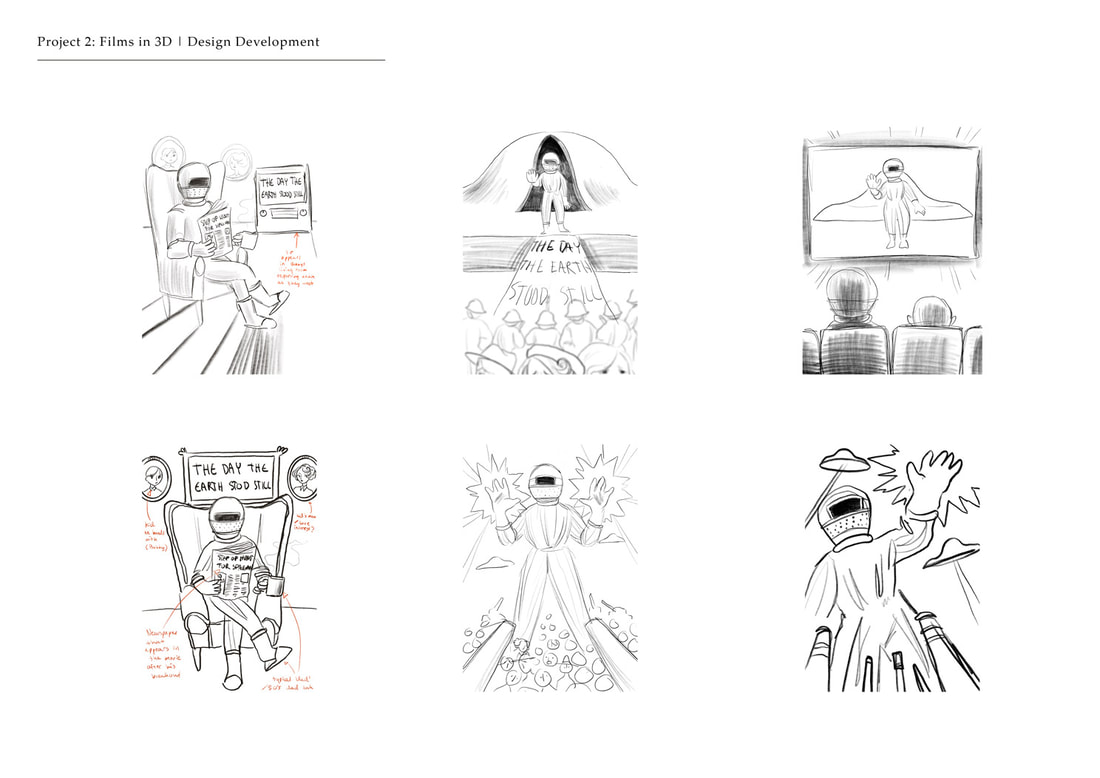 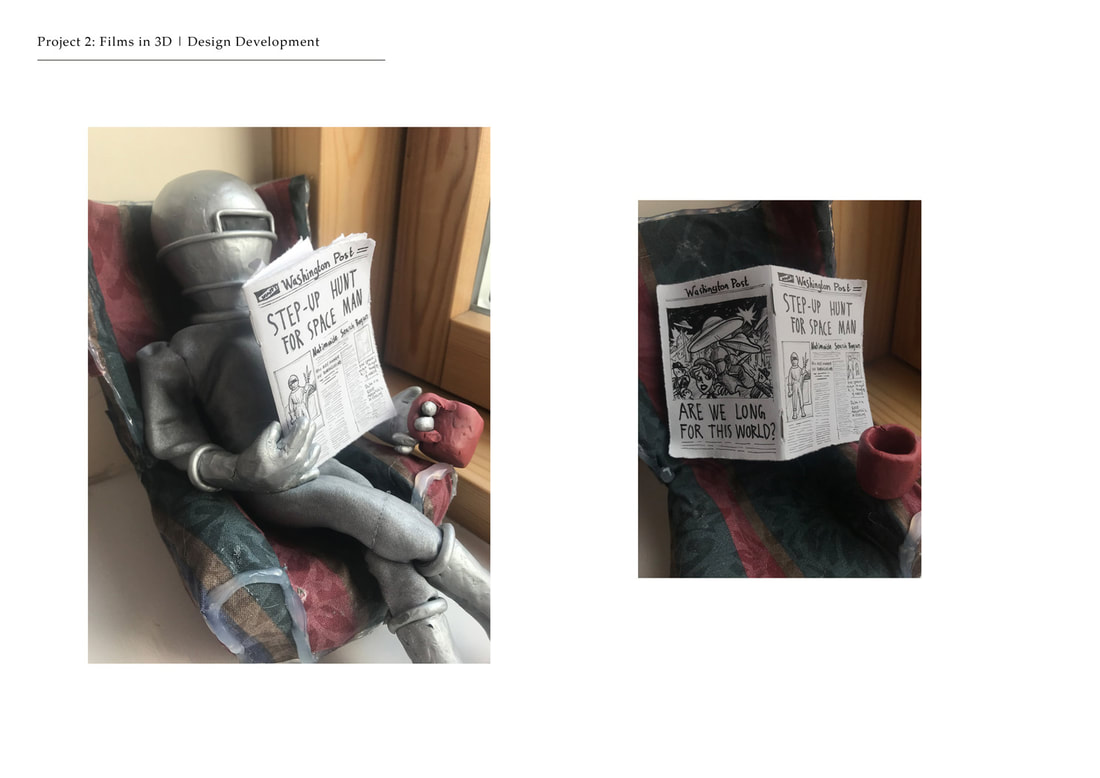 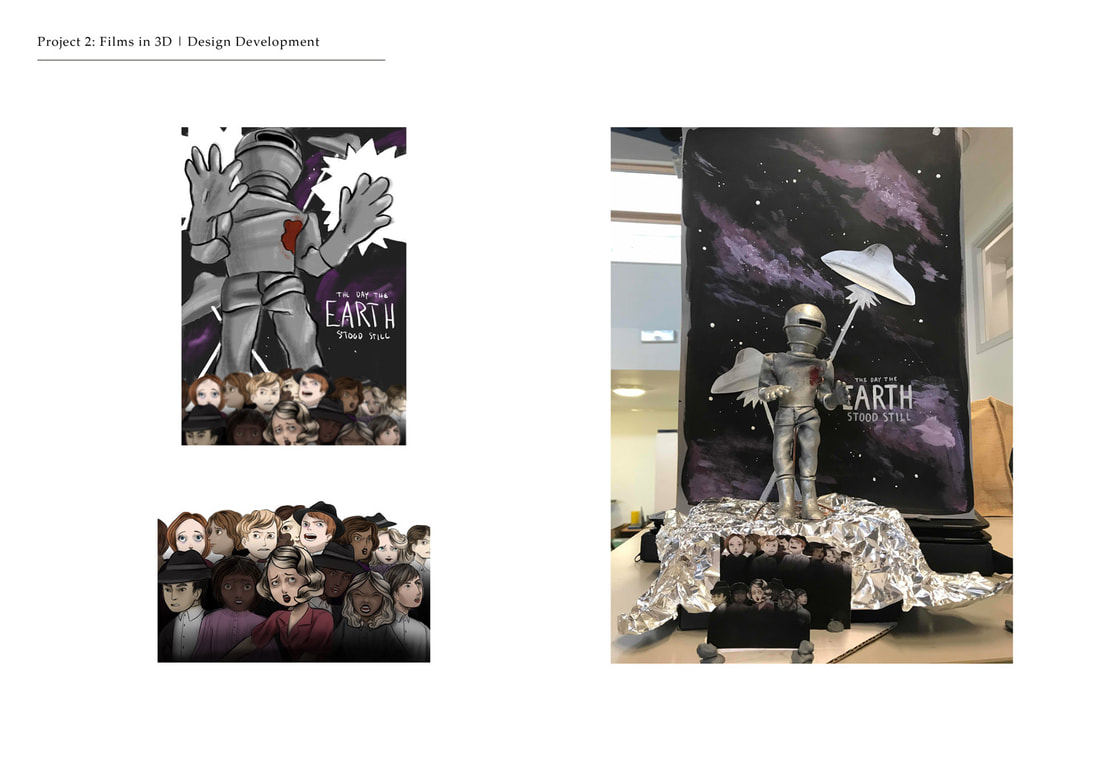 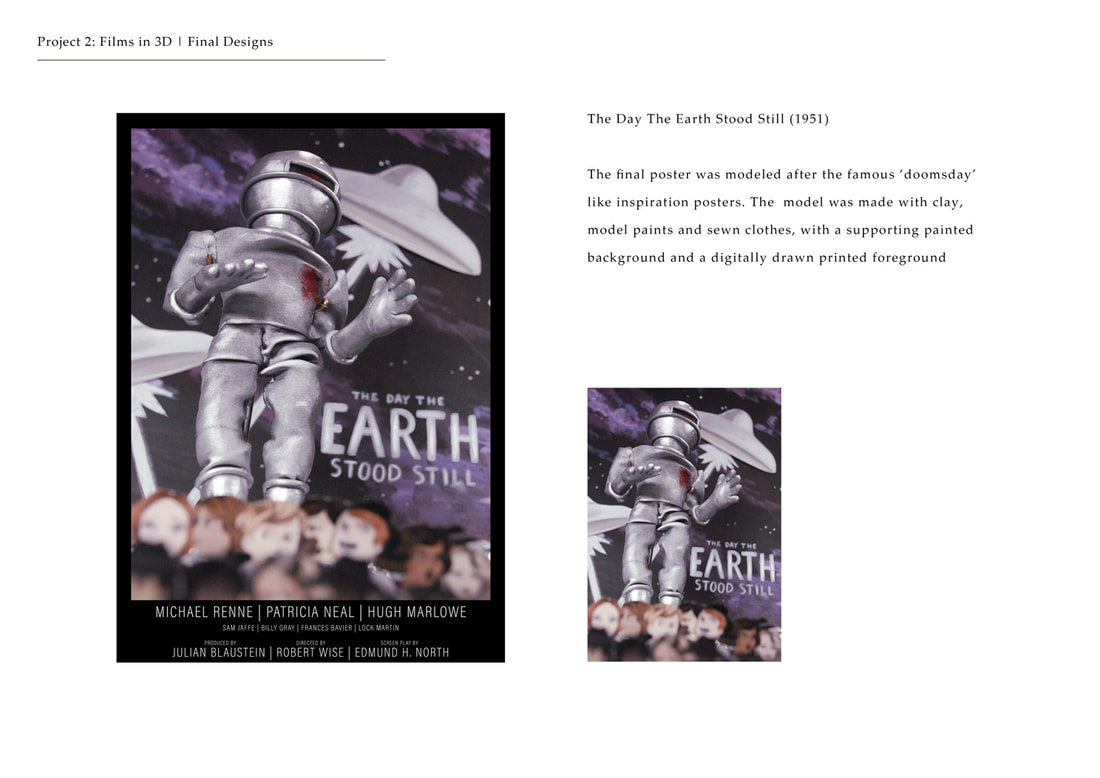